4 Rejoice in the Lord always. I will say it again: Rejoice! 5 Let your gentleness be evident to all. The Lord is near. 6 Do not be anxious about anything, but in every situation, by prayer and petition, with thanksgiving, present your requests to God. 7 And the peace of God, which transcends all understanding, will guard your hearts and your minds in Christ Jesus.

There are some sinister bad guys in fictional stories, aren’t there? Darth Vader from Star Wars, Sauron from Lord of the Rings, the Wicked witch of the West  from The Wizard of Oz, these are bad guys who try to hurt and destroy good guys.   One of the reasons popular movies have bad guys is because real life has bad guys. From huge genocidal governments to people who are rude to you, and even things that aren’t people like sicknesses or hard times. There’s bad stuff in the world. I know what it’s like to feel unsafe, and so when I see Darth Vader or a wicked witch, I can relate to the characters in the movie. 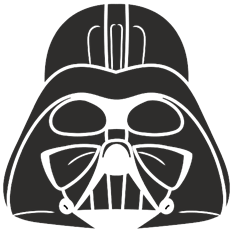 The Bible does not shy away from talking about bad guys. But the Bible also tells us about invisible enemies like the devil, who is hell-bent on destruction. He has been a murderer from the beginning, and he wants you to ignore God, forget how much God loves you, and end up in hell. The Bible says, “Our struggle is not against flesh and blood but against the spiritual forces of evil.” (Ephesians 6:12).

We’ve got these enemies in the world and our enemy, the devil, who remind us of the big scary villains from fiction. But have you noticed the trend in fiction recently? I’m talking about how the villain is the main character. From the musical Wicked to Walter White from Breaking Bad to Tony Soprano, the world’s greatest storytellers have realized that maybe the average viewer has more in common with bad guys than we thought. In all of those stories, you get to know the bad guy, you start to like them, but you still have to acknowledge how bad they are. Have you recognized that in yourself? Because the Bible has. It says, “Although I want to do good, evil is right there with me.” (Romans 7:21) There lives in you a pure and holy self who loves God, but that person is constantly being sabotaged by your sinful nature, which hates God. Until we get to heaven, we will always carry around inside of us an enemy of God. That’s where guilt comes from, and shame and regret, and all the other horrors that go bump in the dark night of your conscience.

So we’ve got bad guys out in the world and our enemy, the devil, and naturally, you are your own worst enemy. If you spend some time thinking about all your enemies, you might think that the Apostle Paul is crazy when you read this verse. “Rejoice in the Lord always. I will say it again: Rejoice!” (Philippians 4:4) Crazy! Rejoice? Easy for you to say, Paul. But if you had my life, if you saw what our country was doing, if you knew my sins, you wouldn’t say, “Rejoice!”

And then you remember where Paul was when he wrote these words. As he moved his arm to write the word, “Rejoice!” he heard his chains rattling. He was in jail for talking about Jesus. And it wasn’t the first time he was in prison. He was physically beaten by enemies, left for dead in the street, and starved. Paul’s biggest enemy was the anti-Christian government. The Roman government wasn’t anti-Christian by censoring Christian’s freedom of speech; they were anti-Christian by lighting Christians on fire. Paul knew about enemies, and he knew that he was his own worst enemy. I don’t know what sin keeps you up at night, but do you know what it was for Paul? It was murder. He murdered Christian missionaries, and then when he became a Christian missionary, he had to live with that memory.

THE LORD IS NEAR

Can you see why Paul thought we might struggle to rejoice? He says, “This is going to be hard for you, so I’ll tell you twice. Rejoice in the Lord always. I will say it again: Rejoice!” (Philippians 4:4) It is hard to rejoice when enemies surround you, and you’ve got one living inside of you, but Paul knows a secret. It’s the secret that allows you to rejoice always. Whether you’re facing Darth Vader or persecution or guilt and shame, here’s the secret to rejoicing: “The Lord is near.” (Philippians 4:5) And what we’ve been talking about for this whole church service.

“When the Lord Comes Near, He Humbles His Enemies.”

When Jesus comes near to us at the end of time when he descends from the clouds in all his glory, he will take his people to be with him in heaven, and he will humble his enemies. Every anti-Christian person from all of history will bend their knee to the Christ they hate. When the Lord comes near, he humbles his enemies.

And when Jesus comes near to you in your heart, when you hear his words in the Bible, he fights the wicked enemy inside of you. That passage that says, “Although I want to do good, evil is right there with me.” (Romans 7:21) that paragraph ends by saying, “Who will rescue me from this body that is subject to death? Thanks be to God, who delivers me through Jesus Christ our Lord!” (Romans 7:24-25) Jesus humbles your enemy even when your enemy is you!

YOU ARE IN THE LORD

When the Lord comes near, he humbles his enemies. So how near is the Lord? Did you see the answer in Philippians 4? He said, “Rejoice in the Lord always. I will say it again: Rejoice!” (Philippians 4:4) The Lord is so near that you’re in him.

This is Carhart jacket Jesus. I have this oversized Carhart jacket that’s two sizes too big for me, and it’s perfect for a weekend when there’s a winter weather advisory. When the wind is blowing, and the snow is going sideways, and the slush is making my feet cold, it’s rough out there. But inside the oversized coat, it’s warm. Now can you imagine I’m out shoveling in my jacket, and I see my son, my child, flopping around in the snow in his onesie? What am I going to do? “Get in here!” And I hold him to my chest and zip my jacket up over his head. He’s in.

The Lord God saw you out in this world that can be bitter cold, and what did he say? “Get in here!” At your baptism, God said, “Get in Christ.” The world is still a mess, the devil is still howling, but you’re in where there is forgiveness for your guilt, where there is hope in the middle of storms. How near is the Lord? You’re in him! You live inside of the endless love of Jesus.

GENTLE, NOT ANXIOUS, AT PEACE

When the Lord is that near, you handle enemies differently. Verse 5 says it makes you gentle. “Let your gentleness be evident to all. The Lord is near.” (Philippians 4:5) When you have the Lord on your side, you know he will humble your enemies, so you don’t have to humble them. You can be gentle. The Romans built a shrine to Julius Caesar’s gentleness. He won a portion of a civil war, and he chose not to punish the rebels who fought against him. He was so confident of his power that he didn’t need to squash people who opposed him.[1] Neither do you. The Lord is coming soon, and when he comes, he will humble his enemies. You can be so confident in the Lord’s power that  you are gentle with people who oppose you, whether that be on Facebook or in your family, or at church. You are gentle because you are in the Lord.

The Lord will humble his enemies, so don’t be anxious. “Do not be anxious about anything, but in every situation, by prayer and petition, with thanksgiving, present your requests to God.” (Philippians 4:6) Can you imagine if you were facing down a bully, some bad guy? You might be anxious unless you had a whole squad of Navy seals right behind you. You’d calmly turn around and ask them to help. That’s precisely what the Bible says as we face our enemies. No need to wring your hands. The Lord is near. So in prayer and petition, ask him to help. 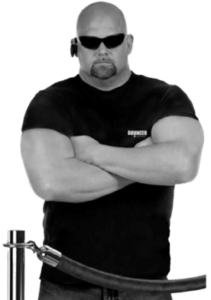 One last practical application, the Lord will humble his enemies, so you can be at peace. “The peace of God, which transcends all understanding, will guard your hearts and your minds in Christ Jesus.” (Philippians 4:7) The word “guard” means like a security guard, like a 6’4”, 260-pound bouncer who checks IDs at the door of your heart. Can you picture that on your chest? Some wicked thing from this world tries to sneak in to stir up anxiety in your heart, and the peace of God says, “No. The Lord will make everything right, so you’re not welcome here.” The devil tries to slither in the door, and the peace of God says, “Nope. This heart belongs to Jesus.” And when your mind remembers some sin from your past, the peace of God grabs that guilt, dunks him in the blood of Jesus, and kicks him out. The peace guards your heart against all kinds of bad guys.

THE LORD HUMBLES HIS ENEMIES

Enemies in life, just like in fiction stories, can be scary. But we don’t love stories because of the bad guys. J.R.R. Tolkien, the author of the Lord of the Rings, said that we love good stories because they tell us the good news of Jesus in a secret way. [2] There are scary bad guys. At times, it looks hopeless. Then there comes a twist near the end of the story when we are surprised because good beats evil in some unexpected way. Every story you’ve ever heard that ends like that is copying God’s story. We’re getting close to the end of God’s story. The Lord is near. So if it seems hopeless, then the surprise is coming, when God beats evil. When the Lord comes near, he humbles his enemies.